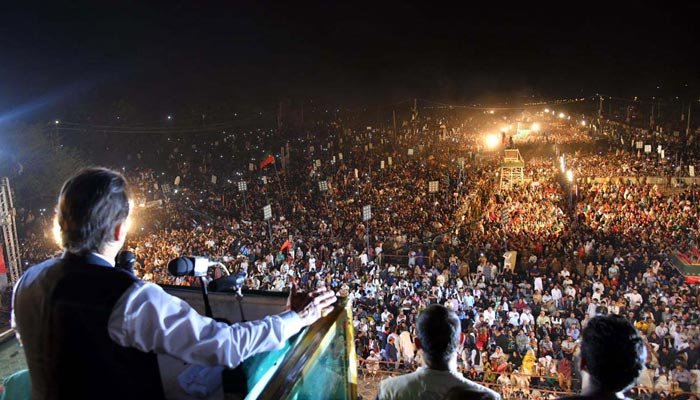 
LAHORE: PTI chairperson Imran Khan is set to address his supporters in Lahore tonight as the party gathers to celebrate 75 years of Pakistan’s independence.

The former prime minister is expected to take his supporters into confidence over his journey of “Haqiqi Azadi”.

Khan asked his supporters to attend the jalsa in a video message released on Twitter yesterday (Friday).

“I have invited all of you for this and everyone has to participate with me. We will celebrate and decide how to reach the ideology on which Pakistan was made,” the PTI chairperson had said.

Suri said that Khan will send the nation a message of true freedom at the public gathering tonight.

The PTI leaders have claimed that tonight’s jalsa will be one of the biggest ones in history.

Initially, the PTI had scheduled to hold the jalsa at Islamabad’s Parade Ground. However, it was later shifted to Lahore as the Islamabad administration did not permit them to hold the gathering at the venue after the TLP objected to it.

The party was strongly criticised for holding its power show at the hockey stadium in Lahore as the astroturf was removed to make space for the gathering.