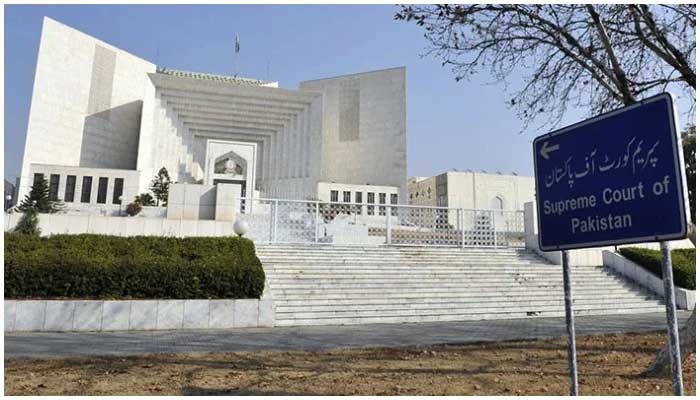 
ISLAMABAD: PTI on Saturday filed a petition in the Supreme Court, seeking criminal proceedings against Prime Minister Shahbaz Sharif and other ministers in connection with an audio leak allegedly emanating from the PM  House.

The petition referred to the audio in which the PML-N ministers could be heard purportedly talking about the resignations tendered by the PTI lawmakers from the National Assembly.

“…incumbent prime minister and his cabinet members […] can be heard discussing a heinous strategy to outplay the petitioner from the parliamentary politics in most illegal, unlawful and objectionable manner,” the PTI said in the petition about the audio leak.

In its petition, the PTI urged the apex court to launch a probe into the audio leaks purportedly featuring PM Shahbaz Sharif and other members of his cabinet.

“The audio leaks exposed the government’s malice,” said the PTI.

It said that the entire discussion revolves around a “criminal strategy” to affect and target the party through piecemeal acceptance of the resignations tendered by PTI’s MNAs on April 11.

The party said that the prime minister, in a press conference on Tuesday, admitted the “actuality and existence” of the referred audio leaks.

“It is also important to bring on record that the Information Minister Maryum Aurangzeb and Federal Interior Minister Rana Sanaullah Khan have already admitted the reality of the audio leaks,” the petition stated.

The PTI claimed that the PM and the cabinet members with aid of National Assembly Speaker Raja Pervez Ashraf violated their oath and utterly disregarded the law and the constitution.

“The admission on the part of the incumbent federal government requires stern action against the prime minister and the federal ministers,” the petition said.