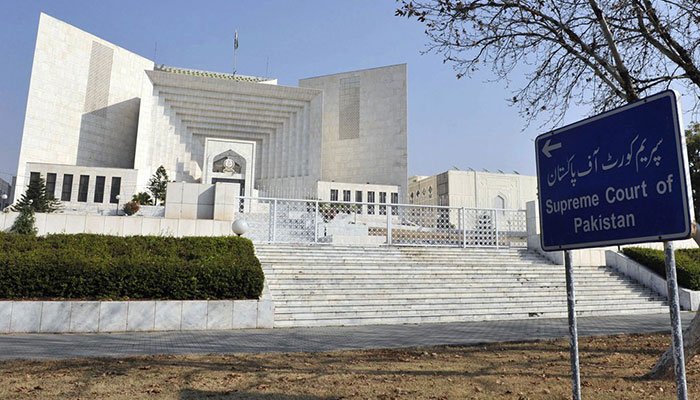 ISLAMABAD: The PTI has approached the Supreme Court against the Lahore High Court (LHC) order directing a recount of the votes cast for the election of the Punjab chief minister.

In its verdict on the petitions filed by the PTI against the PMLN leader’s election as the CM, the LHC ordered a recount minus PTI dissidents and issued directives to hold a Punjab Assembly session today.

The PTI, in its petition filed today, prayed to the apex court for an urgent hearing of their plea and suspension of the LHC order till the matter is decided.

PTI has prayed to the court asking it to amend/modify the LHC order to the extent of provision of adequate and sufficient time to hold a session of the house enabling the members to participate in the proceeding by issuance and proper service of the notice upon the members of the assembly, so that they can exercise their right to vote for the election of the Chief Minister Punjab fairly and transparently.

“It is further prayed that the Chief Minister Punjab may kindly be removed pending this election process due to absence of a valid notification of his appointment and that the Court may graciously grant such time and issue such direction where free and fair election to the post of Chief Minister Punjab takes place with the participation of duly constituted Assembly in accordance with the norms of the Constitution of the Islamic Republic of Pakistan, 1973,” states the petition.

“It is also humbly prayed that since the 25 votes of defectors are admittedly not to be counted, there is no need to repeat that exercise of recounting and hence the notification issued for the chief minister is liable to be quashed as duly noted in the minority judgment.”

No change took place in the official position of Hamza Shahbaz in light of the LHC order on petitions filed by PTI and PML-Q.

As per the four judges’ verdict, votes cast in the election would be recounted after the exclusion of 25 PTI defectors and the candidate securing a majority of votes would be declared the chief minister.

Article 130(4) of the Constitution of Pakistan governs the election of chief ministers, under which there is an obligation of a majority of 186 votes.

Hamza will no longer be the chief minister if he doesn’t retain the required majority after the exclusion of 25 votes.

However, functions and powers exercised by Hamza Shehbaz as the chief minister, and his cabinet would be protected under de facto doctrine, it added.

The second round of polls (re-election) will be held as per Article 130(4) in case no one gets the majority after a vote recount.