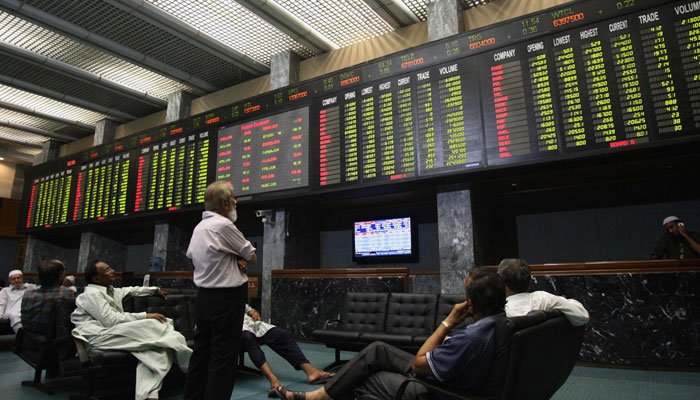 KARACHI: The Pakistan Stock Exchange (PSX) closed the week on a negative note as the bears and bulls locked horns to take charge of the bourse in the absence of major positive triggers that could provide direction to the market.

Investors reacted with panic to the depreciating Pakistani rupee against the US dollar and political uncertainty in the wake of the upcoming by-polls in Punjab.

The benchmark KSE-100 index kicked off trading on a positive note, however, bears soon took charge of the bourse, which then stayed in the red for the rest of the trading session. Selling pressure intensified in the second half of the session.

A report from Arif Habib Limited noted that the market remained range bound throughout the day as investors opted for profit taking.

“The benchmark KSE-100 index opened in the positive zone but lackluster activity pulled the index down by nearly 300 points,” it stated.

The brokerage house reported that the volumes remained dry in the main board although healthy volumes were witnessed in the third-tier stocks.

Shares of 347 companies were traded during the session. At the close of trading, 116 scrips closed in the green, 208 in the red, and 23 remained unchanged.

Overall trading volumes rose to 140.11 million shares compared with Thursday’s tally of 227.84 million. The value of shares traded during the day was Rs5.37 billion.