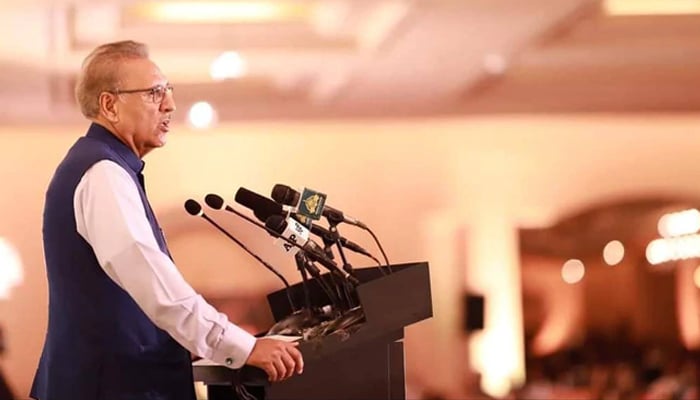 
ISLAMABAD: President Arif Alvi cannot consult anyone before approving a summary for the army chief’s appointment as it would be contrary to the Constitution and its spirit, given that he has no authority to reject any advice from the prime minister, experts of Constitutional law said.

PTI Chairman Imran Khan said a day earlier that President Alvi was in contact with him and would consult him on the appointment of the top two slots — COAS and chairman joint chiefs of staff committee — in the military.

But the Aiwan-e-Sadr did respond to PTI Chairman Imran Khan’s claim of maintaining contact with the president on the matter.

Former president of Supreme Court Bar Association Senator Kamran Murtaza told The News that on all the issues where the president is bound by PM’s advice, he has no option to consult any person.

The senator said that the president could take advice given by the PM, but could not reject it in any way. He cited the constitutional provisions and Army Act’s Section 8 which regulates the appointment.

Meanwhile, sources said if President Alvi opted to consult the PTI chief and tried to block the advice for even one day, it could land him serious trouble, as already warned by PPP Chairman and Foreign Minister Bilawal Bhutto Zardari.

The orders in this regard were set aside by the apex court. The government, sources said, took no legal action against the president for violation of constitutional provisions.

“But this time, it would not be allowed to happen,” the sources said. The president is supposed to stay above the political divide and cannot seek guidance from his party head.

However, in case the president chooses party over national interest, the federal cabinet could consider bringing about some simple changes in the relevant rules to facilitate immediate enforcement of the decisions/advice of the prime minister.

Sources said the planned changes in the rules would be authenticated by the federal cabinet on Thursday (today). Likewise, the change of the command would be executed upon the date already designated by the PM in the summary, the sources added.

It would thwart the designs of the PTI and Khan to scuttle the legitimate decisions of the incumbent government.

Sources also referred to Constitution’s Article 48 which deals with the powers of the president and it says: “President to act on advice, etc. [48. (1) In the exercise of his functions, the President shall act [on and] in accordance with the advice of the Cabinet [or the Prime Minister]:

[Provided that (within 15 days), the President may require the cabinet or, as the case may be, the prime minister to reconsider such advice, either generally or otherwise, and the president shall (within 10 days) act in accordance with the advice tendered after such reconsideration.]

Notwithstanding anything contained in clause (1), the president shall act in his discretion in respect of any matter in respect of which he is empowered by the Constitution to do so [and the validity of anything done by the president in his discretion shall not be called in question on any ground whatsoever]. The question whether any, and if so what, advice was tendered to the president by the cabinet, the prime minister, a minister or minister of state shall not be inquired into in, or by, any court, tribunal or other authority.”

The Aiwan-e-Sadr was approached by this scribe on Wednesday evening to find out about the president’s reaction to Khan’s assertion, but it did not respond to the query.