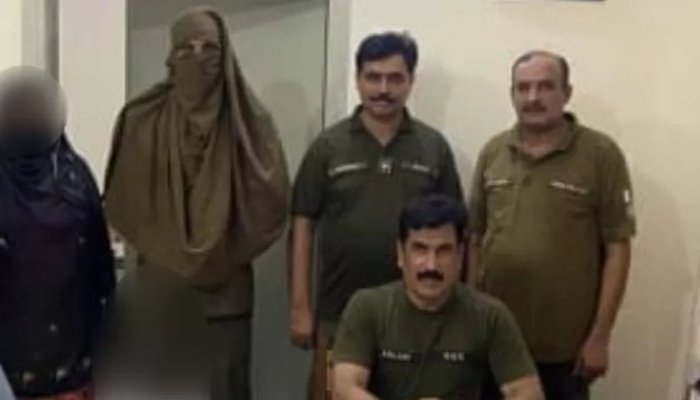 GUJRAT: Police personnel decided to come up with a “unique solution” to compensate for the absence of a lady police constable so that they could capture the picture of an arrested woman.

A policeman decided to wear a female constable’s uniform to stand alongside the woman, who was arrested in the case of selling drugs and weapons. The incident happened at the Daulat Nagar Police Station in the city of Gujrat.

It is mandatory for a female police officer to be present at the time of arresting a woman under the Police Act.

The station house officer (SHO) was suspended after the picture of a policeman, dressed as a female along with the woman and other police officials, went viral on social media.

The district police officer directed the deputy superintendent of police to wrap up the inquiry within 24 hours.