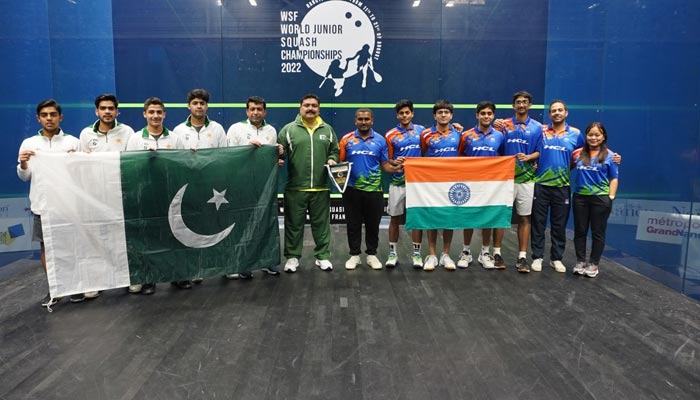 
KARACHI: Pakistan has qualified for the semi-final of the World Juniors Team Squash Championship beating India 2-0 in the quarter-final.

Hamza Khan and Noor Zaman defeated their Indian opponents in their respective singles to help Pakistan knock India out and confirm a meeting with Egypt in the semi-final.

However, Hamza Khan faced some resistance from Arnaav Sareen and the young Pakistani athlete had to work hard for 47 minutes to win the tie by three games to two.

They will now play Egypt, the top seed side, in the semi-final on Saturday which will start at 3:00 pm.

Pakistan is one of the most celebrated teams in the history of the World Junior Squash Championship. They had missed playing the semi-final in the 2018 edition after being beaten by England in the quarter-final.

Prior to its early exit in 2018, between 1996 to 2016, Pakistan had played 11 consecutive semi-finals, making it to the finals of eight editions and winning four of them.