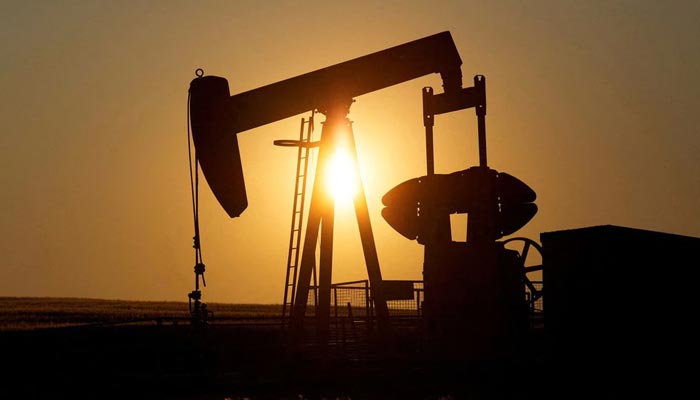 
LONDON: Oil prices fell by more than $3 on Wednesday to their lowest since Russia invaded Ukraine on demand fears stoked by looming recession risks and downbeat Chinese trade data.

“The spectre of a demand-sapping recession across the Western world is closer to becoming reality as soaring inflation and rising interest rates dent consumption,” said PVM analyst Stephen Brennock.

Credit rating agency Fitch on Tuesday said that the halting of the Nord Stream 1 pipeline has increased the likelihood of a recession in the eurozone.

The European Central Bank is widely expected to raise interest rates sharply when it meets on Thursday. A US Federal Reserve meeting follows on September 21.

Weak economic data from China amid its stringent zero-COVID policy has also added to demand concerns.

Prices had been supported earlier by a threat from Russian President Vladimir Putin to halt all oil and gas supplies if price caps are imposed on Russia’s energy resources.

The European Union proposed to cap Russian gas only hours later, raising the risk of rationing in some of the world’s richest countries this winter.

Analysts already expect the oil supply to be tight in the last quarter of the year.

Weekly US inventory reports from the American Petroleum Institute will be released later on Wednesday, a day later than usual because of a public holiday on Monday.

US crude stockpiles are expected to have fallen for a fourth consecutive week, declining by an estimated 733,000 barrels in the week to September 2, a preliminary Reuters poll showed on Tuesday.