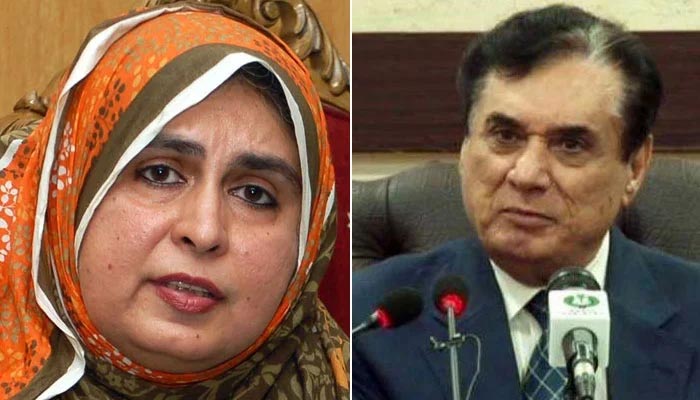 During the PAC meeting, the PTI lawmaker narrated that when Janjua attended the meeting of the commission on missing persons Iqbal told her: “She is so beautiful what is the need to get married?”

Following a serious reaction from the committee members, who demanded strict action against the former NAB chairman, the PAC summoned Iqbal tomorrow.

Earlier, the PAC chairman had also hinted toward summoning Iqbal and Tayyaba Gul for investigating the alleged video scandal between the two.

Taking a jibe at Iqbal for considering himself above the law, Noor mentioned that NAB did not send a brief; while the former chairman said that he is going to celebrate Eid ul Adha. However, he has been asked to attend tomorrow’s meeting.