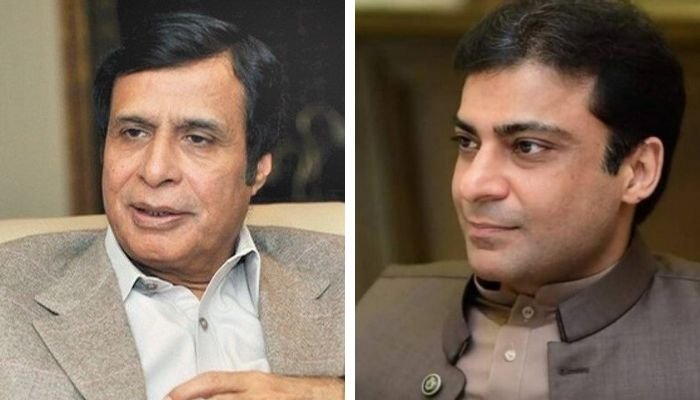 A new political crisis is expected to emerge if the Lahore High Court declares the election of Punjab Chief Minister null and void and orders re-election, The News reported on Wednesday.

If the LHC rules against the incumbent CM, the same candidates, Hamza Shahbaz and Pervez Elahi, will run for the position again. For the vote of confidence, the new CM must receive 186 votes or half of the House’s total strength.

If the court restores the Punjab Assembly to the April 16 situation, the deputy speaker will oversee the CM election proceedings. If a no-confidence motion is filed against him, the proceedings will be presided over by a panel of chairmen.

In light of the Supreme Court’s decision, the Election Commission of Pakistan has deposed 25 PTI defectors. By-elections for the 20 vacant seats will be held on July 17, and the campaign is well underway.

The provincial Election Commission has yet to notify two minority and three female members on the PTI’s priority list of reserved seats. The opposition alliance will gain five more seats following the implementation of the Apex Court’s order for notification of members on reserved seats. At the time of the election for the CM’s seat, 351 members will vote, with the remaining 20 members joining the assembly after the by-elections.

At present, the government alliance enjoys the support of 177 MPAs, including 160 of the PMLN (160), four independents, one Rah-e-Haq Party and seven of the PPP. On the other hand, the PTI has 158 MPAs in the Punjab Assembly after 25 of its MPAs were de-seated. However, the party’s strength will reach 163 when the reserved members are notified. In addition, it also enjoys the support of 10 PMLQ MPAs. In total, the opposition alliance enjoys the support of 173 parliamentarians. In this situation, Chaudhry Nisar’s vote will be quite crucial, as there is a difference of only four votes between the ruling and opposition alliance.

In case the slot goes to Hamza Shehbaz, as he enjoys a razor-thin lead of four votes, the ruling alliance needs to win nine seats in the by-elections to successfully get the vote of confidence. Hence, the results of the by-elections will decide the future of both alliances.

Buttar claims that if the LHC orders re-election, it will set a new precedent of interfering in the affairs of the parliament, undermining both the executive and the legislature’s authority. “The verdict will be marked as extra-constitutional,” he observed.

Lahore High Court Bar Association President Akbar Ali Dogar said it was premature to comment on a verdict that had not been announced. However, he said that when there is a deadlock in parliament, the matter is referred to the court, which announces its verdict as per its authority and the Constitution. “The examples are Syed Yusuf Raza Gilani, Asif Ali Zardari, and no-confidence motion matters,” he maintained.

Senior lawyer Hamid Khan said if any of the organs fails to perform its duty, it is the duty of the court to plug the gap and implement the law. “No matter if it sets a new precedent,” he observed.

Senior lawyer Latif Khosa said it was not a good example of what the courts would decide about the parliament. Senior legal expert Abid Saqi said it was not the duty of courts to interfere in the election of the chief minister. “It seems there is no law; whoever wants to break the law at will,” he observed.

Lahore Bar Association President Rao Sami was of the view that the court-ordered re-election, it would be the right decision. He added that the LHC wanted to implement the SC order, which is in line with the law and Constitution. “It is crucial to stop floor-crossing in the country,” he stressed.