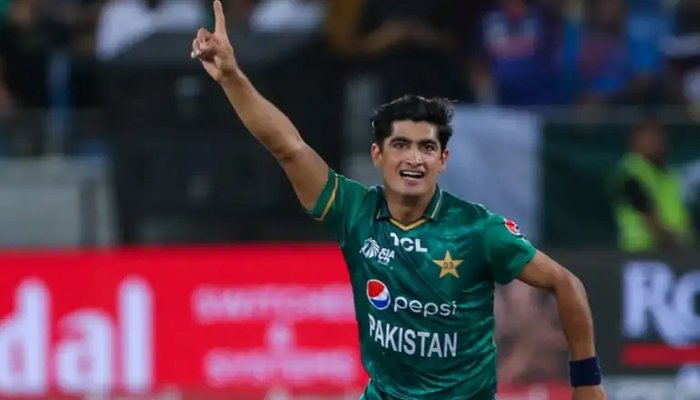 
LAHORE: In a major setback to the Pakistan side ahead of the Lahore leg, key pacer Naseem Shah was ruled out of the first match in the city due to high fever following a chest infection.

Shah was taken to a hospital earlier due to his fever, however, he is now feeling better, a Pakistan Cricket Board (PCB) spokesperson said.

Sources had earlier reported that doctors made him undergo different tests, including a dengue test, to ascertain the problem.

The PCB spokesperson said Shah’s inclusion in the other matches will depend on the results of his medical reports.

The teams are playing a seven-match series — four in Karachi and three in Lahore. The action will start in Lahore today at the iconic Gaddafi Stadium.