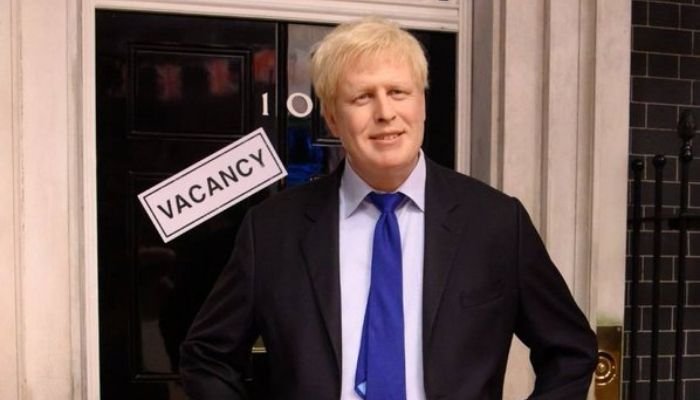 After Boris Johnson was ridiculed in the British parliament where members of the Conservative Party asked him to resign and some even laughed at him, he finally put in his papers on Thursday.

Amid political chaos in the country, world-renowned wax museum, Madame Tussauds, was busy moving Johnson’s wax statue outside of a job centre.

The former prime minister’s statue, wearing a black suit and a blue tie, was seen at a pavement. Naturally, it attracted an audience and fits of laughter.

People were quick to take pictures and post them on social media. Some of the images went viral.

One of the users shared the picture saying “Boris x Blackpool.”

NDTV reported that not only Blackpool but Madame Tussauds in London too removed the statue. The poster behind their statue says “vacancy”.

Madame Tussauds confirmed that Johnson’s wax statue would be removed from the London centre.