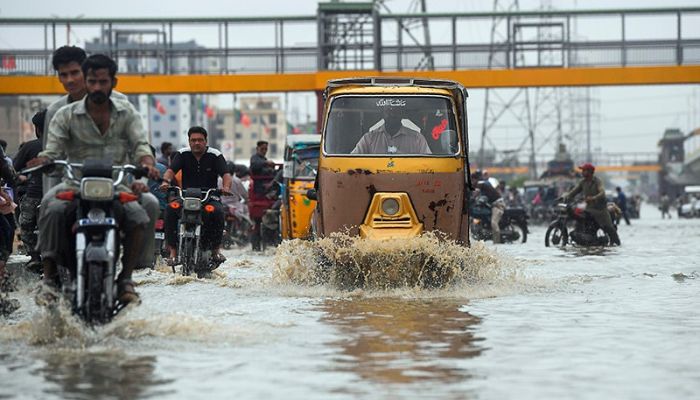 Karachi, brace yourself for another monsoon spell

After monsoon rains wreaked havoc in several parts of Pakistan in the last two weeks, killing many in Sindh and Balochistan, the Pakistan Meteorological Department has forecast another spell of heavy rains in various areas of Sindh, including Karachi.

According to chief meteorologist Sardar Sarfaraz, the third monsoon system will penetrate parts of the country today. The strong system may affect Sindh from July 23 to 26, with heavy rains likely in Karachi from July 24 to 26.

According to Sarfaraz, the new system will cause heavy rains in 80% of the country. The upper part of the country may be affected tonight, while southern Punjab and Balochistan will be hit by the spell tomorrow morning, he said.

The chief meteorologist stated that moist winds from the Bay of Bengal are strengthening the monsoon system, and moisture coming from the Arabian Sea will support it.

The Met department has forecast heavy rains in the first phase of monsoon until August 15.