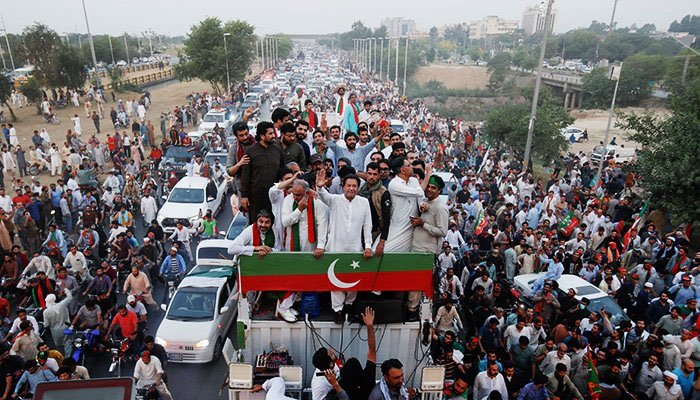 A local court in Islamabad on Wednesday granted an extension in the interim bail of the PTI Chairman Imran Khan in the cases pertaining to vandalism during the party’s long march on May 25.

At least 15 cases had been registered against Imran Khan in different police stations of the federal capital.

PTI’s lawyer appeared before the court of a district and sessions judge to seek an extension in the former prime minister’s interim bail. Imran Khan, however, didn’t appear in the court in person, unlike in the previous hearing.

The lawyer sought an exemption from the court on Khan’s behalf, maintaining that the PTI chairman cannot appear in the court due to a security threat.

The sessions judge accepted the request and granted an extension in the interim bail till July 18.

The court had granted interim bail to Khan in 10 cases on June 24, against the surety of Rs5,000 in each case.

An Islamabad court granted interim bail to senior PTI leaders on June 20 for vandalism that took place during the party’s “Azadi March” to Islamabad on May 25.

Police had booked around 11 PTI leaders in a case pertaining to violence at the Kohsar police station in which the court had reserved its verdict. A decision on case no 425 of the same station has been postponed.