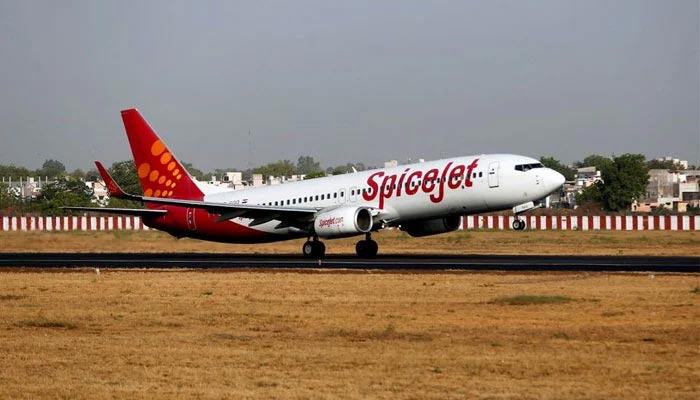 KARACHI: Engineers of the Pakistan International Airlines (PIA) Tuesday declared the Indian plane that got stranded in Karachi as “unfit” for travel upon inspection at the Jinnah International Airport.

The Indian airline ‘SpiceJet’ SG 9911 arrived from Mumbai and was forced to make an emergency landing in Karachi.

Now an alternative plane, the Boeing 737, will carry 138 passengers stranded in Karachi to Dubai.

This morning, an Indian Airlines plane enroute from Delhi to Dubai made an emergency landing in Karachi.

Aviation sources said that engineers of the PIA inspected the aircraft and did not clear it for the next flight after which alternative arrangements were made.

According to PIA sources, its engineers inspected the cockpit of the ‘SpiceJet’ SG 9911 while the captain of the Indian plane checked the fuel level.

The Indian captain asked Indian engineers to repair the plane.

According to the spokesperson of the Civil Aviation Authority (CAA), the passengers of the Indian plane were transferred to the transit lounge of Karachi Airport in the afternoon and will now depart from Karachi to Dubai by an alternative flight.