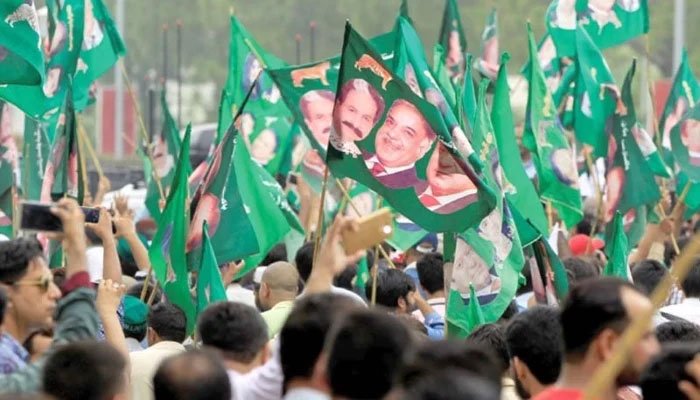 In which constituency could PML-N not win by-polls in past two decades?

LAHORE: Despite the capital of Punjab generally being considered a stronghold of PML-N, surprisingly, there is a provincial assembly constituency where the party could not win by-polls during the past 20 years, The News reported.

PP-158 is a seat that has been carved out of previous PP-147 and the areas in this constituency include Garhi Shahu, Basti Sayden Shah, Dharampura, the population living in the Railway quarters, some part of Upper Mall, Shah Jamal, Shadman and other areas.

On this seat, the main contest is taking place between PML-N and PTI whereas Tehreek-e-Labbaik Pakistan (TLP) and Jamaat-e-Islami have also fielded candidates. The seat has fallen vacant as a result of the disqualification of Abdul Aleem Khan who voted for Hamza Shehbaz and faced the defection clause as the vote was against the party line. Abdul Aleem Khan was elected MPA from this seat in 2018 general elections on PTI ticket.

This seat has a unique history as compared to other provincial assembly constituencies of Lahore as in last two decades, the PML-N has lost from this area twice despite winning this seat in the general elections.

The last two by-polls on the provincial assembly seats covering the present PP-158 were held in 2003 and later in 2015. Both times, the seat was won by PML-N in the general elections but in the by-polls, it lost it.

PMLQ’s Abdul Aleem Khan won the seat and PML-N lost it in the by-poll. In the 2008 and 2013 general elections, PML-N’s Mohsin Latif remained a winner from here. However, two seats, including NA-122 and PP-147 fell vacant in 2015 after court’s ruling. After a very tough contest between Sardar Ayaz Sadiq and PTI’s Abdul Aleem Khan on October 2015, PML-N won the NA seat. However, luck did not favour PML-N on the provincial seat where its candidate Mian Mohsin Latif lost to PTI’s Shoaib Siddiqi. So, it was the second defeat of PTI on the provincial seat.

For the third time in last 20 years, by-polls are being held on this seat where PML-N has fielded its ticket holder of 2018 Rana Ahsan Sharafat whereas PTI has come up with Mian Akram Usman. Akram Usman is the son of former IJI MNA Mian Muhammad Usman and also related to PTI senior leader and Parliamentary leader in PA Mian Mehmood-ul-Rasheed.

A very tough contest is expected in PP-158 and both the mainstream parties are putting maximum weight to attain victory. PML-N enjoys multiple advantages as the group of Abdul Aleem Khan is also siding with PML-N. Abdul Aleem Khan has won this seat twice and was very close to victory in 2015 general elections when he lost to Sardar Ayaz Sadiq. His support to PML-N can also be very helpful in a possible tight contest. Maryam Nawaz has also made appearances and addressed big public gatherings recently. Similarly, PTI Chairman and the former Prime Minister Imran Khan has also come for the support of his candidate and has addressed two public meetings here due to which PTI camp also seems quite charged politically.

The greatest challenge for both the mainstream parties is to bring their voters to the polling stations on the polling day as in the by-poll, turnout remains low most often. The PTI leadership claims that its workers are quite enthusiastically participating in the electioneering and all the factors like power outages, price-hike, governance issues have become a disadvantage for the ruling party candidates. Nevertheless, PML-N seems optimistic of winning the seat.