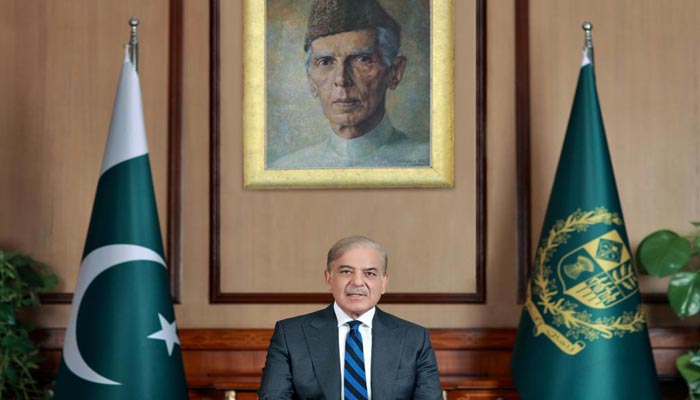 
PM Shehbaz, in the latest blog written for The Economist, cited three critical structural flaws in the country and said that “no successful country has ever grown this way,” PM Shehbaz writes

Pakistan in its adolescence, in the 1960s, brimmed with hope and promise as the country had a date with destiny, the premier stated.

He added that the nation was widely thought ready to “become the next Asian tiger”. However, in 2022, Pakistan found itself mired in its latest economic crisis.

According to the publication, the PM wrote: “This one [latest economic crisis] is born out of the most challenging global policy environment of our lifetime, characterised by a commodity supercycle, historic monetary tightening at America’s Federal Reserve and a conflict in Europe that is tearing apart the post-war global order.

PM Shehbaz then cited three critical structural flaws that stand out in the country. “These have prevented economic take-off, stunted our growth and led to repeated boom-bust cycles since the late 1980s,” he said.

“First, our political environment has become increasingly polarised. Instead of debating how to run Pakistan better and rid the country of poverty, political parties have been at each other’s throats,” the premier wrote.

“Second, we have not invested enough in the nuts and bolts of development: education, health and infrastructure. This is in part due to an abysmally low tax take, but it also reflects our priorities in public spending, some of which can be attributed to the complicated neighbourhood we live in, including a long-standing adversarial relationship with India, Russian and then the American invasion of Afghanistan and the influx of millions of refugees into Pakistan.

“Third, we have turned inwards in a way that has prevented us from reaping the benefits of globalisation through the free exchange of people, goods, capital and ideas. Our ability to make ― and keep ― friends on the international stage has significantly weakened over time.”

The premier lamented that Pakistan hardly makes anything according to the demands of the world as the local companies remain very comfortable operating within the borders.

“Pakistan today is one of the most consumption-oriented economies in the world, with consumption accounting for more than 90% of our GDP (gross domestic product). By contrast, we only invest 15% of our output and export just 10%. Annual inflows of foreign direct investment are less than 1% of GDP,” he wrote.

He further added: “These sorry statistics are a reflection of the flaws in our economic model. No successful country has ever grown this way.”

‘We have protection of an IMF programme’

On the occasion of Pakistan’s diamond jubilee, the premier said that as the country turned  75, the moment merits serious introspection.

He said that the fifth-largest country in the world, where two out of every three people are below the age of 30 and full of aspirations, finds itself stuck with an income level of just $1,798.

“Every third person lives on less than $3.20 a day. And less than a quarter of our women work outside the home; more than a third of our people can neither read nor write,” he said.

“Our immediate priority is to safely navigate through our current economic crisis. We are not alone in this. The whole world faces a difficult year. But we have the protection of an IMF programme to see us through. While some measures will create hardship and require sacrifice, we are committed to implementing the programme. This is our path to safety.”

According to the publication, PM Shehbaz wrote: “This challenging moment also offers us an opportunity. If we can get a core set of things right, there is no reason why we cannot turn our fortunes around. What will it take? A consensus on the direction Pakistan must take. There will always be political differences in a democracy like ours.

“But there must be agreements on a few principles: managing our finances prudently, investing in our people, encouraging merit and innovation, and promoting regional peace. This is within our grasp. With the highest rate of urbanisation in South Asia according to the un Population Division, 60m new people joining the middle class over the next decade according to the World Data Lab and four out of five Pakistanis digitally connected through a mobile phone, we have a very compelling story to tell foreign investors.

“At the same time, it is important to modernise Pakistan’s social contract. People must pay their fair share of taxes in return for vital public services. We must do better for our youth and our women, and enable them to fulfil their aspirations and become drivers of our economic growth. We must have a clearer sense of what values our nation must espouse ― including tolerance, hard work, meritocracy and social justice — and the place we want Pakistan to occupy globally as a responsible and modern nation.”

The premier stressed the need for coming together as the world faces a major existential threat in the form of climate change.

“We must revive and strengthen our relationships with old friends on the international stage, and focus equally on making friends out of adversaries,” he wrote.

“No nation is destined to rise or fall forever. During my time as the chief minister of Pakistan’s most populous province, I witnessed first-hand how encouraging talent and new ideas, planning on the basis of data and evidence, and close monitoring of execution can quickly lead to lasting improvements in people’s lives. For instance, partnering with Britain’s Department for International Development we were able to monitor and thus improve teacher and student attendance by over 35% in schools across Punjab. And using computer models, we were able to predict and stop the spread of dengue fever,” he wrote.

“The rapidity of these achievements was affectionately dubbed by outsiders as “Punjab speed”, at a time when the rest of Pakistan remained stuck in low gear. With a similar orientation, there is no reason why the whole country cannot march forward at “Pakistan speed” during the next generation. With unity and discipline, Pakistan at 100 promises to be a vastly different country,” the premier concluded.