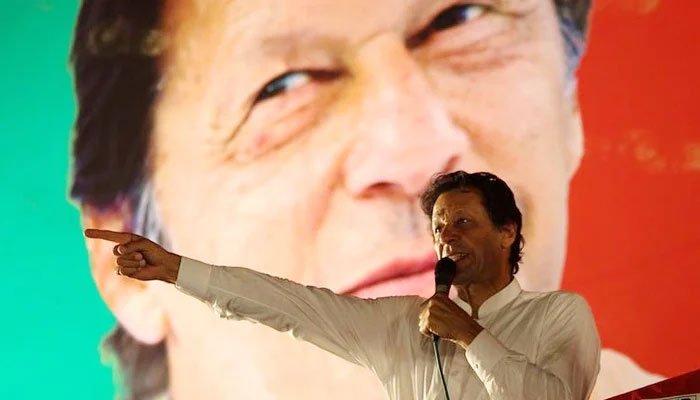 In a statement issued on Twitter, the IHRF said that the government doesn’t want the people of Pakistan to see Imran Khan “exposing” PML-N leaders. The human rights body attached a link to Imran Khan’s speech from his latest Peshawar rally, broadcast live on Twitter, in which the former premier talked about the assets of the PML-N leaders.

During Imran’s speech, clips from the past where Maryam Nawaz and Suleman Shahbaz Sharif claimed on live TV shows that they don’t possess any property in Pakistan or offshore were played.

“The IHRF has no view on the political content of the speech of Mr Imran Khan in Peshawar, except for three clear statements: it is legitimate, it is peaceful, and it should not be censored,” it wrote.

PEMRA, a governmental body to keep a check on the content broadcast on electronic media, had banned the airing of Imran Khan’s speeches live last month.

However, the Islamabad High Court suspended the orders till September 5, saying that PEMRA “cannot ban speeches based on objectionable comments.” However, it directed the regulatory body to regulate the speeches of Imran Khan and other politicians to ensure the content is not inciting hate towards institutions.

On September 5, the regulatory body again issued a notice directing TV channels to refrain from telecasting any content against state institutions.