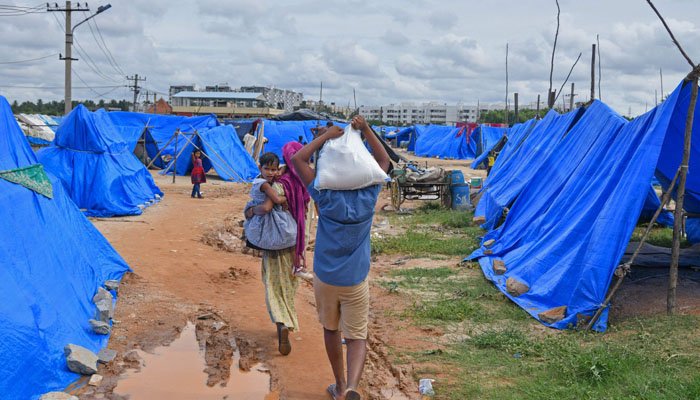 
Many welfare organizations are busy in relief and rescue works, as the country continued battling against the flood and its devastation that left more than 1300 dead and 33 million people affected, however, heavy import duty is creating more hurdles in providing relief to the flood affectees, Geo News reported.

According to the EDHI foundation, boats are needed to access the flood-affected areas, but due to heavy import duty, it has become impossible to import the boats.

EDHI foundation told Geo News anchor Hamid Mir that the organization had received an ambulance in aid, but customs had imposed a heavy tax on it.

Another welfare organization Saylani Trust, which is busy in rescue and relief work across the country, said that mosquito nets are in dire need in flood-affected areas but heavy taxation has also been imposed on the import of mosquito nets.

Record monsoon rains and melting glaciers in Pakistan’s northern mountains have brought floods that have affected 33 million people and killed more than 1,300, including children.

During this difficult time, the international community has also conveyed its solidarity with Pakistan and assured all-out support in relief assistance to mitigate the sufferings of the flood-affected population.