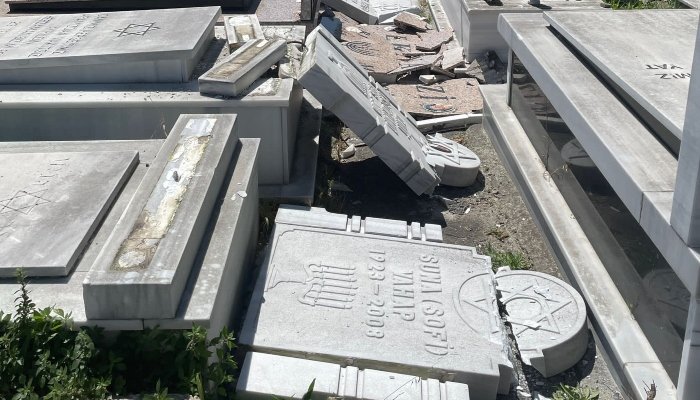 It said in a post on Twitter that gravestones were destroyed in the Haskoy cemetery, sharing pictures of the vandalism.

“The matter has been conveyed to the relevant authorities with all the pictures and night recordings, and we expect the perpetrators of this vandalism to be caught as soon as possible,” it added.

“Two of the perpetrators were detained with the meticulous work of our Istanbul Police Department, the investigation continues,” he said.

“Those who try to disrupt our unity and solidarity with such provocative attacks will never be allowed” to succeed, he added.

Istanbul governor’s office said in a statement that five minors aged between 11-13 were responsible for destroying the 81 gravestones in the Jewish cemetery.

“As a result of the examination of the security camera footage, it was determined that 81 gravestones were destroyed in the cemetery and that the incident was carried out by children aged 11-13,” it said.

The suspects “have been apprehended and the investigation is continuing. We offer our best wishes to our Jewish citizens.”

Around 15,000 Jews live in Turkey today, with the majority located in Istanbul, the country’s largest city.