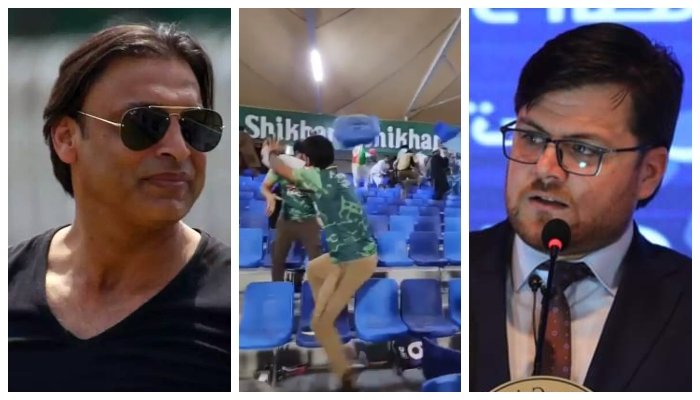 
Former Afghanistan Cricket Board (ACB) chief executive Shafiq Stanikzai defended Afghan fans’ attack on their Pakistani counterparts and lashed out at ex-pacer Shoaib Akhtar for being livid over the incident.

In a nerve-wracking contest in the Super Four stage of the Asia Cup, Pakistan beat Afghanistan by one wicket to book their berth in the final. But incensed at the outcome, some Afghan fans attacked Pakistani supporters with the seats installed at the stands.

The legendary pacer got angry and called out Stanikzai in the wake of the disturbing incident.

“This is what Afghan fans are doing. This is what they’ve done in the past multiple times. This is a game and it is supposed to be played and taken in the right spirit,” he said.

“@ShafiqStanikzai your crowd & your players both need to learn a few things if you guys want to grow in the sport,” Akhtar added.

But instead of showing humility, the ex-ACB chief supported his fans.

“You can’t control the emotions of the crowd and such incidents happened in the world of cricket multiple, you should go ask Kabir Khan, Inzamam Bhai and @iRashidLatif68 how we treated them,” he told Akhtar.

“Am giving you advice, next time baat ko nation pe mat lena (next time, don’t involve the entire nation into this),” Stanikzai said, lashing out at Akhtar.

The PCB will record its protests on the issue of repeated attacks from Afghan fans on their Pakistani counterparts.

Before PCB’s notice, the United Arab Emirates (UAE) authorities had warned of action against fans violating disciplinary rules after the clash.

The authorities said that they will be closely monitoring spectators and any damages caused to the premises or injuries inflicted upon other spectators will be dealt with sternly.

Pervez Musharraf to be laid to rest in Karachi today
Earthquake kills more than 4,300 in Turkey, Syria
Recover 50% super tax from big companies in one week, SC directs FBR