For those who loved the Ramadan special entertaining dramas such as Suno Chanda and Chupke Chupke, there’s good news for you! A teaser for the much-anticipated Danish Nawaz directorial Kaala Doriya is finally here and social media users are more pumped than ever for its release.

Quick to identify the similarities in the set and cast of Kaala Doriya with not just the above-mentioned comedies but also with this year’s Hum Tum and Paristan, fans are eagerly waiting for this “refreshing fusion” to air on screens.

On Wednesday, Kaala Doriya’s teaser was released on a local channel’s Instagram page. “What happens when two families despise each other and the guy and girl end up falling in love? All hell breaks loose. Will they be able to cross the hurdles thrown their way by family or will they power through to come together as one?” read the description of the drama in the caption.

To find the answers to these riveting questions, guess we’ll just have to watch the madness unfold in Kaala Doriya.

Written by Saima Akram Chaudhry and directed by Nawaz, Kaala Doriya brings together the duo behind the super-hit shows Chupke Chupke and Hum Tum.

Picking on the similarities in their direction, set, writing, characters and casting, social media users flocked to the comment section to express their excitement.

From identifying the house to spotting their favourite actors and influencers, the comment section was filled with love for the show. “Suno Chanda and Hum Tum’s House and Chupke Chupke actors – bring this fast. Can’t wait already!” read a comment.

A user was excited for yet another rom-com where the lead actors have proven chemistry. Another user was happy to hear Afgan’s Punjabi accent resembling Shahana’s from Suno Chanda. “If Shahana is back, I’m watching it for sure.” 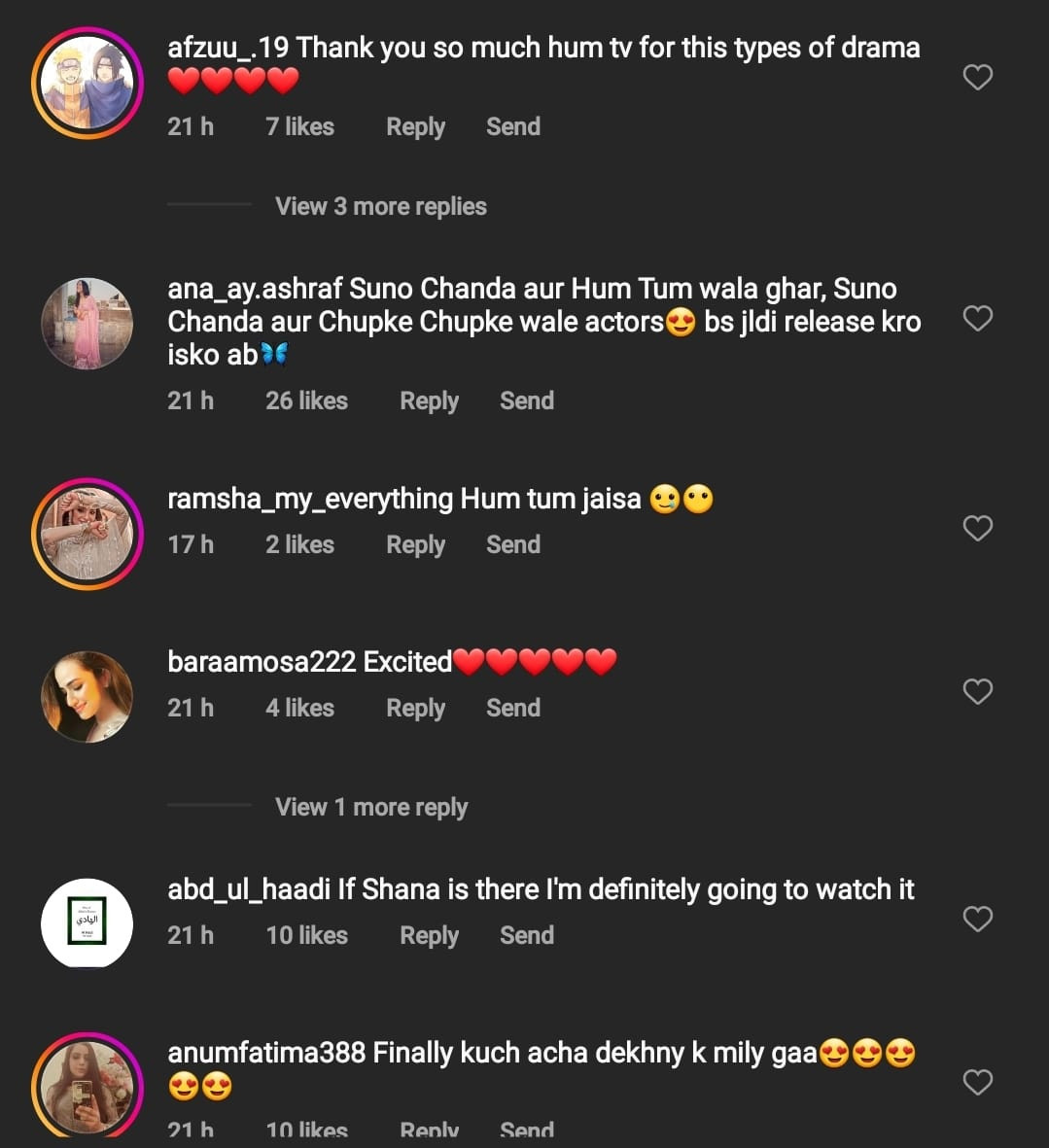 Earlier in July, Afgan in a Q&A session on her Instagram stories revealed how Kaala Doriya will not be an exact copy of the Iqra Aziz and Farhan Saeed-starrer. However, the Parizaad actor shared that her character in the serial is rather similar to that of Shahana. Responding to a query, Afgan shared, “I am doing the same role as Shahana, however, this character is named Tanno.”

When a fan inquired whether the show will be similar to Suno Chanda, Afgan responded, “There was only one Suno Chanda. No other serial can be like it.”

Talking about Javed and Butt’s roles in the show, the actor shared she’s playing Javed’s mother and the Balu Mahi star is playing her nephew. Afgan also added Kaala Doriya will be aired this month. Like all social media users, we can’t wait for the star-studded entertainer to air already!