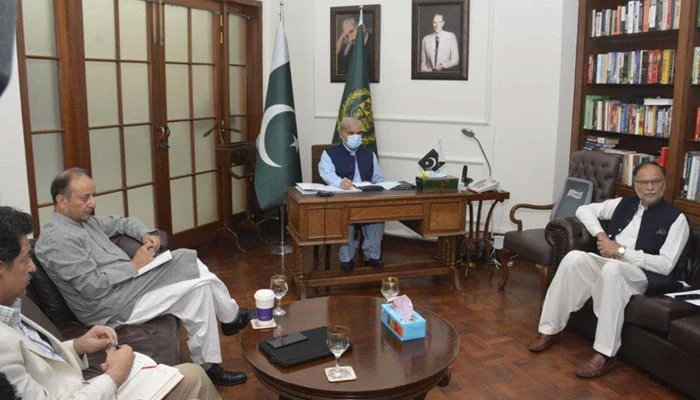 LAHORE: Prime Minister Shahbaz Sharif on Sunday chaired a meeting on the energy crisis in the country and issued directives to immediately revive the non-functional power plants closed due to various reasons.

The meeting was briefed in detail on the load shedding issue and steps taken by the government to overcome the shortage of fuel.

PM Shehbaz said though the threat of default had been averted, steering the country out of crises was the top-most priority of the coalition government.

The premier promised that the coalition government would overcome the issue as it did in the past, as he himself was monitoring the load shedding across the country.

He also ordered for resolving provincial issues of drinking water provision and agricultural facilities on a priority basis. The Indus River System Authority (IRSA) was told to take an independent decision after consultations with the provinces.

Meeting on law and order

In a separate meeting on the law and order situation in Punjab also attended by Deputy Speaker Punjab Assembly, Chief Secretary Punjab, inspector-general Punjab Police and senior police officers, the PM said that police should provide all possible protection of life and property to the public.

He directed that police should not give in to any pressure while performing their professional duties and ensure in every way possible protection of life and property of people.

The PM assured that police would be provided sufficient funds for enhancing their capacity for overcoming the present challenges. However, he warned that poor performance and a lethargic attitude would not be tolerated.

The prime minister was given a detailed briefing on the arrangements for cleanliness in Punjab during Eid-ul-Azha.

He instructed the officials to keep the machinery functional on Eid days to ensure the removal of sacrificial animals’ remains on time.