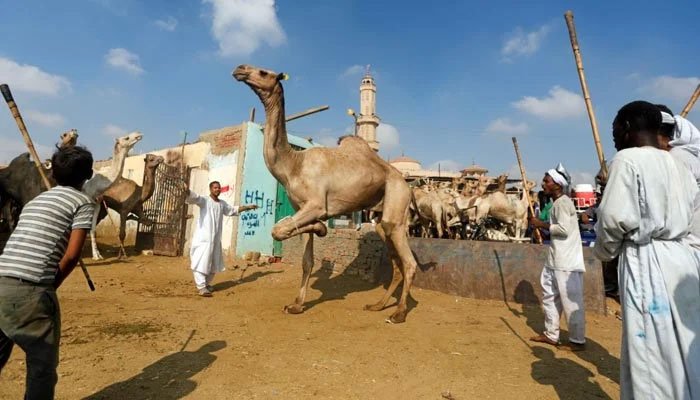 RIYADH: Eid ul Azha is being celebrated in Saudi Arabia and other Gulf countries today with religious fervour and zeal to commemorate the great sacrifice of Hazrat Ibrahim (AS) and Hazrat Ismael (AS).

After offering Eid prayers, hajj pilgrims and other Muslims are sacrificing their animals to follow the Sunnah of Hazrat Ibrahim (A.S) in the kingdom. It is among the most important Islamic rituals.

Meanwhile, the custodian of the Two Holy Mosques King Salman delivered a speech greeting citizens, residents, pilgrims and all Muslims in the world on this auspicious occasion.

According to the Saudi Gazette, King Salman prayed for Allah’s peace, mercy, and blessings on all of them. He also prayed for the pilgrims who are performing this year’s Hajj and all those who are serving them.

In the UAE, residents are enjoying a four-day break on the occasion of Eidul Azha.

In Pakistan, Eid ul Adha will be celebrated on July 10 (Sunday).