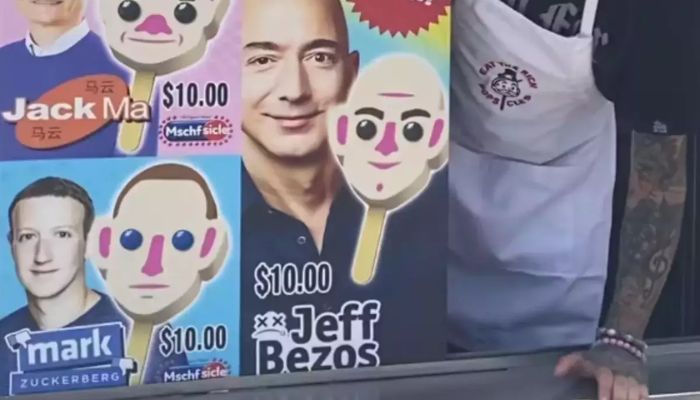 NEW YORK CITY: An artist based in Brooklyn is selling popsicles bearing the faces of billionaires like Jeff Bezos and Elon Musk from his “eat the rich” ice cream truck.

While the seller is attacking capitalists and billionaires, people found it ironic that he was selling a simple popsicle for $10, reported Times Now.

The popsicles also come with creative phrases like “suck Zuck” and “bite Bezos”.

MSCHF, the collective that is selling the ice cream, said that they wanted to “start a conversation”. The chief revenue officer told CBS MoneyWatch that the project will be stopped on Wednesday.

After the wealth of the richest men in the world doubled during the pandemic, lawmakers voiced the issue stressing the importance of wealth tax to address inequalities.