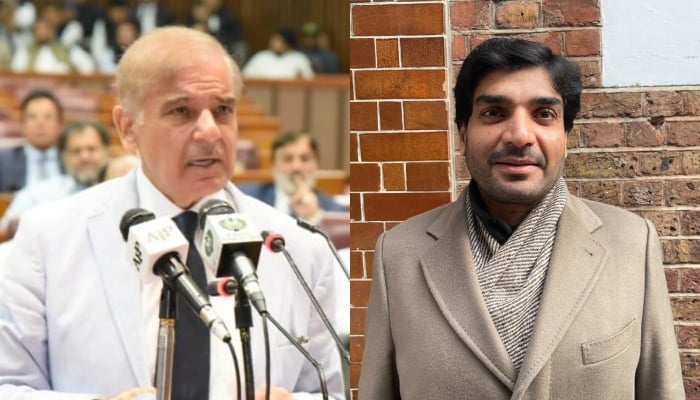 
LONDON: Prime Minister Shehbaz Sharif has scored a huge defamation victory at the London High Court against Associated Newspapers Ltd (publishers of Daily Mail and Mail on Sunday) over an article published by reporter David Rose.

The court records show that the newspaper took nine extensions to file a defence in support of its story which was published on the basis that the paper and the reporter have all the evidence already in their possession.

When Daily Mail and Mail On Sunday published the article on 19 July 2019, they claimed they were publishing the article based on complete evidence of corruption.

However, later on, the paper told the court it was looking for evidence and needed time to find and file the evidence to prove PM Shehbaz and his son-in-law Imran Ali Yousaf stole the money of British taxpayers from the Department For International Development (DFID) aid sent to Pakistan in 2006 to help victims of the devastating earthquake.

Court papers show that Daily Mail delayed the filing of its defence for over a year citing the security situation in Pakistan and the inability of its team to travel to Pakistan due to COVID-19 restrictions.

It was around the time when courts and officers were functioning through online means and obtaining material from Pakistan through the Assets Recovery Unit (ARU) was not a problem as it was the ARU, headed by Shahzad Akbar, that was behind the original article in papers published by the ANL.

PM Shehbaz won an early victory in February 2021 when Justice Matthew Nicklin ruled that David Rose’s Mail on Sunday’s article carried the highest level of defamatory meaning for both PM Shehbaz and Yousaf.

This was in marked contrast to the position Daily Mail had taken since the article was published nearly three years ago in July 2019.

Here is a full timeline of what happened in the case that dominated Pakistani politics for over four years.

The first order given by Master Thornett that extended the time for Daily Mail to submit its defence was on May 21, 2021.

Daily Mail published “Did the family of Pakistani politician who has become the poster boy for British overseas aid STEAL funds meant for earthquake victims, asks DAVID ROSE” on 13 and 14 July 2019 – when the Pakistan Tehreek-e-Insaf (PTI) was in power.

PM Shehbaz issued a claim against Associated Newspapers Ltd through Carter Ruck on January 1, 2022, and held a press conference at the firm’s office with his lawyers.

PM Shehbaz vowed he would take the paper to the court and will win an apology as he also sought the withdrawal of all allegations. The acknowledgement of service was filed on February 17, 2020, at the court.

Justice Nicklin gave the second order on May 7, 2020, extending deadlines.

The justice gave the first order on October 20, 2020, joining the claims of PM Shehbaz and his son-in-law Yousaf.

Justice Nicklin gave another order on January 28, 2021, regarding the preliminary issue trial.

He gave a judgement and order on February 5, 2021. The judge ruled at the meaning hearing at the London High Court in favour of Pakistan Muslim League-Nawaz (PML-N) President Shehbaz and his son-in-law.

Justice Nicklin ruled that Mail on Sunday’s article carried the highest level of defamatory meaning for both — Shehbaz and Yousaf.

He gave the order on February 18, 2021, regarding various deadlines.

After March 2022, Daily Mail and PM Shehbaz entered into negotiations to settle the case and it became clear to the premier’s legal team that Mail newspaper will apologise and remove the article on his terms.

It was three days before this hearing that PM Shahbaz made a tactical move and withdrew his stay application in favour of a full trial.

The court, as per rules, was not informed that Daily Mail’s lawyers have been in negotiations with PM Shahbaz’s lawyers for several months behind the scenes, offering to apologise.

The prime minister was advised by his legal team that there was no point in filing further documents as the paper had already agreed to apologise and remove the defamatory and false article.

Daily Mail publishers and PM Shehbaz’s lawyers signed an agreement of settlement with Tomlin Order in the second week of December 2022 after which Daily Mail removed the defamatory article and apologised to the prime minister and his son-in-law.

The ANL has promised it will never repeat these false allegations at any forum and has already worked with Google to remove all articles carrying Daily Mail’s article.