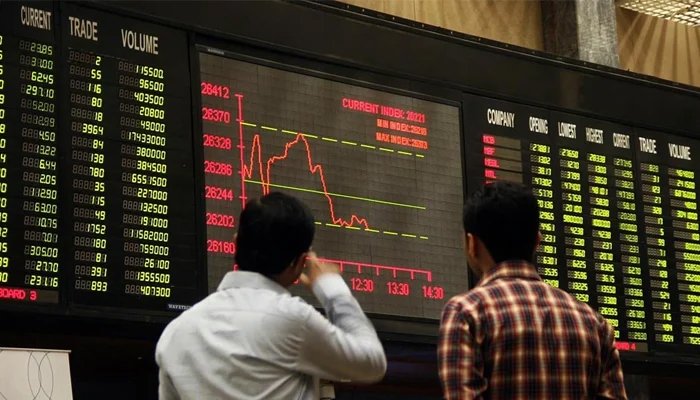 KARACHI: Continuing the momentum from Wednesday’s trading session, the benchmark KSE-100 index gained nearly 500 points on Thursday owing to the news that Pakistan has reached a staff-level agreement with the International Monetary Fund (IMF).

News regarding the much-awaited revival of the IMF programme, coupled with the appreciation of the Pakistani rupee against the US dollar, enticed market players.

Investors opted to continue value hunting across the board in anticipation of stability on the macro front post-IMF programme resumption.

A report from Topline Securities noted that the Pakistan equities carried forward yesterday’s jubilant sentiments after the official announcement regarding the staff-level agreement with the IMF which will unlock $1.2 billion in disbursements under the Extended Fund Facility (EFF) programme.

Shares of 330 companies were traded during the session. At the close of trading, 198 scrips closed in the green, 101 in the red, and 31 remained unchanged.

Overall trading volumes rose to 227.84 million shares compared with Wednesday’s tally of 164.82 million. The value of shares traded during the day was Rs7.42 billion.