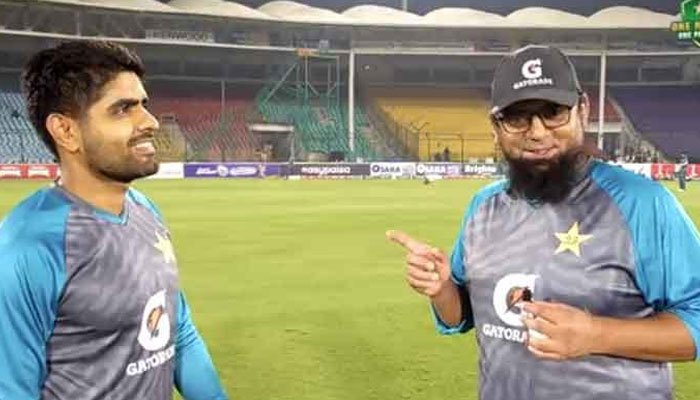 
Pakistan head coach Saqlain Mushtaq has showered praise on Babar Azam, saying that his class is plain for the world to see and he is recognised around the globe for his consistency while performing.

“He [Babar] is a match winner. A shift in a couple of innings doesn’t make a difference. May Allah protect him from the evil eye, he has achieved a lot and still has more to do,” Mushtaq said.

The statement came in response to a question regarding remarks by former Pakistan cricketer Umar Gul — the current bowling coach for Afghanistan — who recently said that Babar unable to score big could benefit Afghanistan in the Asia Cup match between the two teams.

Mushtaq said that Babar’s inability to survive longer in the last two matches of the Asia Cup introduced Pakistan’s batting order with something new.

“Babar not surviving for long breathed new life into the batting line up,” he said.