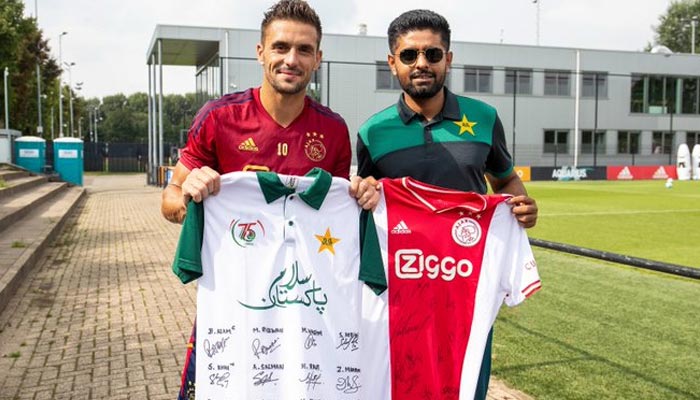 On the occasion, Babar and Tadic swapped signed shirts by players of both teams, while team managers Rana and Van der Sar also exchanged shirts.

It also shared the picture of skipper Azam and Tadić posing for the picture with the signed shirts of each other. “Real recognise real,” the football club captioned the picture.

It should be mentioned here that Ajax is the most successful club in the Netherlands, with 36 Eredivisie titles and 20 KNVB Cups. They have also won the prestigious Champions League five times.

The last match of the ODI series will be played on Sunday in Rotterdam.