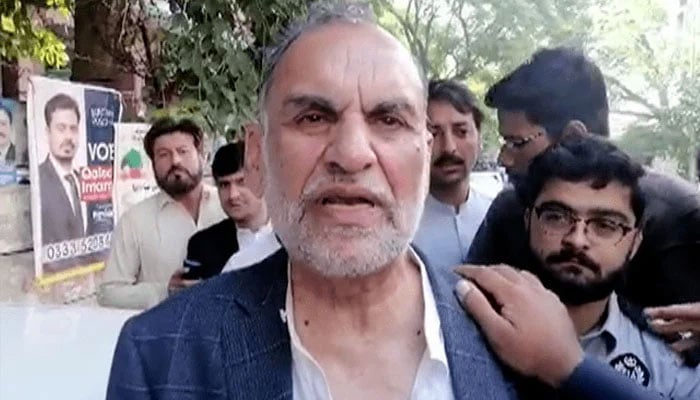 The CDA issued a final notice to Swati’s wife earlier last month for illegal construction on their farmhouse in Islamabad.

The development took place as the Sindh police yesterday took Azam Swati into custody from Quetta. The PTI leader will be shifted to Sindh where two cases were registered against him.

The politician’s lawyer Iqbal Shah told sources that even though the Balochistan High Court ordered the septuagenarian’s release, the province’s police handed over his custody to the Sindh police.

Senator Swati will be shifted to the country’s southernmost province via a special aircraft, Shah told sources.

Taking to his official Twitter handle, the former deputy speaker of the National Assembly also posted a plea made by Swati’s daughter questioning the country’s rule of law.