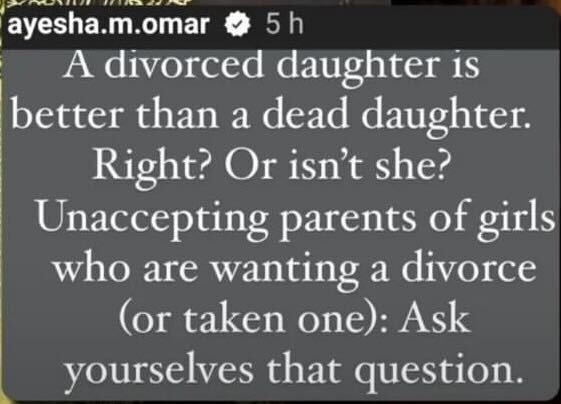 A gruesome murder of a Pakistani-American photographer has shocked many on social media. Sania Khan was shot dead by her former husband in Chicago, reported US media. The 29-year-old was found shot in her condominium by police who had arrived at the premises around 4:30pm to perform a welfare check.

The check had earlier been requested by police in Georgia after Khan’s husband, Raheel Ahmad, was reported missing by his family. The former couple had been going through divorce and Khan had been vocal about domestic abuse on her social media accounts.

As the news of her demise went viral, many took to social media and condemned her passing away. Twitterati as well as celebrities took to the internet and grieved Khan’s untimely demise.

Ayesha Omar took to Instagram and shared, “A divorced daughter is better than a dead daughter. Right? Or isn’t she? Unaccepting parents of girls who are wanting a divorce or taken one: Ask yourself that question.”

Durefishan Saleem shared, “Normalise getting out of an abusive relationship. Be it physical or mental.” 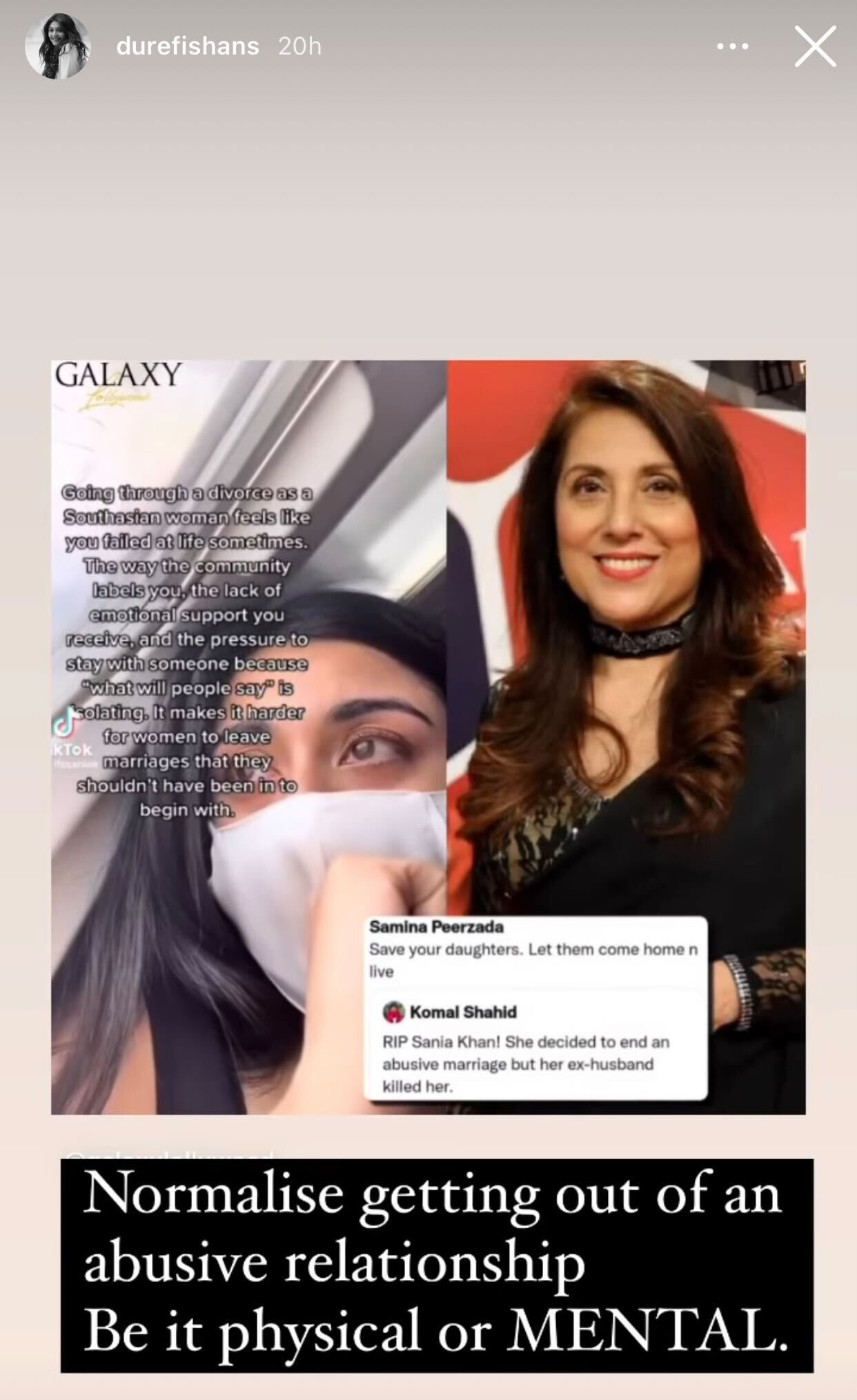 Samina Peerzada tweeted, “Save your daughters. Let them come home and live.”

Many others took to social media and expressed grief.

TW: Still cannot digest Sania’s murder. She openly documented everything about her life. Her bad days, her good ones, the lessons she learnt. Everything. I wish this community was more accepting. I wish leaving an abusive partner was easier. pic.twitter.com/cueux9N5ts

When you think about how her family and community failed her, how she probably moved to get away from her ex husband, and all the ways in which she tried to reach out for help and protect herself, and it still wasn’t enough. https://t.co/vCgwOJjRfY

This society is so easy to label women as bad and not the other way round. Why can’t be what would other ppl say if you don’t raise your son well https://t.co/uVCC0tb7pm

i hate how my moms response to this basically boiled down to ‘it’s a sad reality of desi women sometimes’ but WHY? how can you just dismiss someone dying, which could’ve been prevented so easily, like that? https://t.co/EPhu4kXVX4

South Asian women can’t even share their problems with anyone and your own family instead of supporting you they worry about what other ppl will say https://t.co/lq6RWGmNPO

A police report, cited by the Chicago Tribune, stated that law enforcement agents heard a gunshot upon arrival at the scene followed by what appeared to be sounds of a man groaning in pain.

When officers entered the premises, Khan was found dead and her former husband was found in the bedroom with a single gunshot wound to the head. US media added that a firearm was found next to the alleged shooter and a suicide note was discovered nearby.

Ahmad was subsequently transferred to Northwestern Hospital where he was pronounced dead on arrival. Khan was vocal about her ongoing divorce on social media and lamented the pitfalls she had experienced as a divorced woman.

On her TikTok account, the victim shared, “going through a divorce as a South Asian Woman feels like you failed at life sometimes. The way the community labels you, the lack of emotional support you receive, and the pressure to stay with someone because ‘what will people say’ is isolating. It makes it harder for women to leave [a] marriage that they shouldn’t have been in, to begin with”.

“It’s painful to walk away from someone you once loved. But it’s even more painful to love someone who is careless with your heart.”