Bollywood actors Alia Bhatt and Ranbir Kapoor made headlines ever since they announced they are expecting their first child. The Gangubai Kathiawadi actor broke the news on social media as she shared a picture with her husband right from the hospital room.

Alia, who is currently in the UK for the shooting of her debut Hollywood project, took to Instagram and thanked her well-wishers for the love she and Ranbir received over pregnancy news.

The Highway star while sharing an unseen picture of the couple from what seemed like their wedding festivities, wrote, “Overwhelmed with all the love! Have tried to read everyone’s messages and good wishes and all I want to say is, that it truly feels so special to celebrate such a big moment in our lives with all your love and blessings. Thank you every single one of you.”

However, the next Instagram story addressed rumours about how Ranbir was set to jet off to the UK to bring her home. Reacting to it, Alia poured out her thoughts writing, “Meanwhile we still live in some people’s heads. We still live in a patriarchal world. For your information, nothing has gotten delayed! No one needs to pick anyone up.” 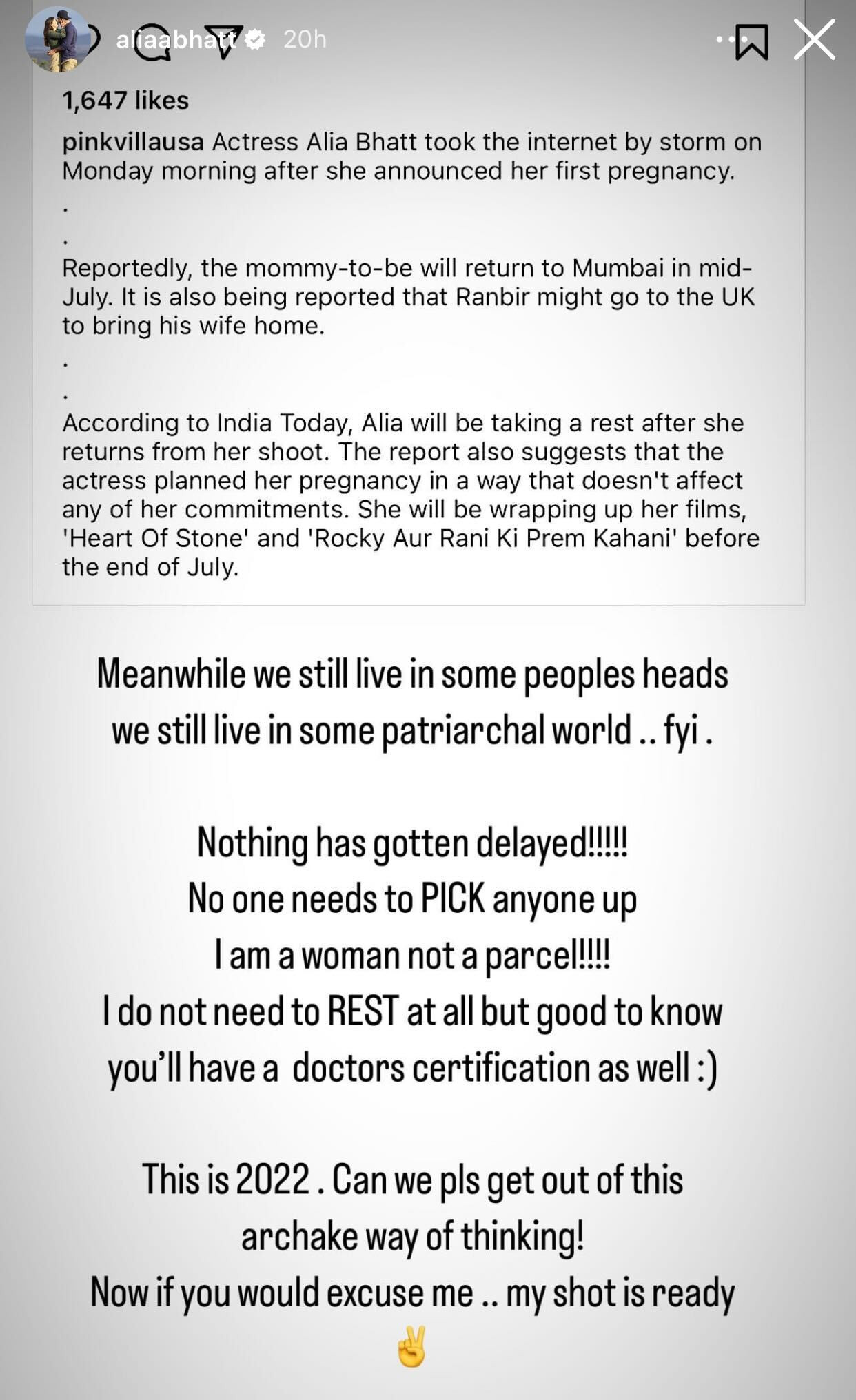 She went on to add, “I am a woman, not a parcel! I do not need to rest at all but good to know you’ll have a doctor’s certification as well. This is 2022. Can we please get out of this archaic way of thinking! Now if you would excuse me, my shot is ready.”

Earlier, Alia shared a post where the couple could be seen blissfully looking at a sonogram in the hospital, with the screen blurred and a heart emoticon pasted on it. The caption reads, “Our baby, coming soon.”

Alia and Ranbir tied the knot in an intimate ceremony just two months ago on April 14. The Gangubai Kathiawadi actor announced the news with photos of her and Kapoor performing wedding rituals at their close-knit nuptials attended by family and friends. The event was widely covered, making headlines for all the right reasons.