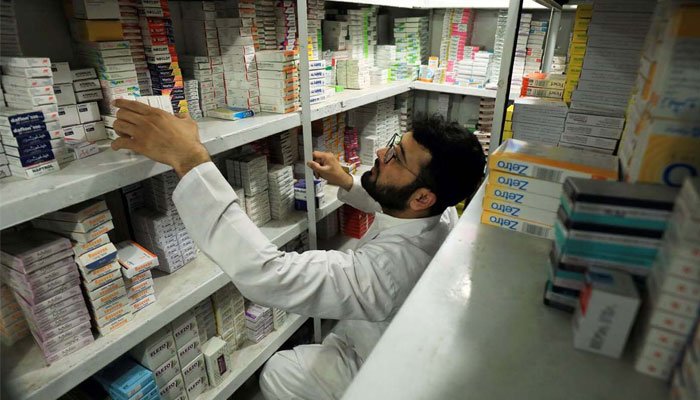 An alarming situation has arisen as markets in the country are short on several essential medicines, including suicide prevention drugs, due to a hike in their production costs — creating fear of an increased suicide rate in the country, The News reported.

“None of the brands selling lithium carbonate are available in the market for the last couple of months,” a renowned psychiatrist and former president of the Pakistan Psychiatric Society (PPS) said while referring to the formulation known as the most effective medicine for the treatment of several psychiatric illnesses, including bipolar disorder.

Similarly, some other essential medicines, including methylphenidate for the treatment of attention deficit hyperactivity disorder (ADHD) in children and clonazepam drops and tablets for epilepsy in children and adults, are also not available in the market, physicians and pharmacists said.

Several other psychiatrists at the Pakistan Institute of Medical Sciences (PIMS), Shifa International Hospital Islamabad and Mayo Hospital Lahore as well as psychiatrists in Peshawar also confirmed that relatives of patients diagnosed with bipolar disorder were moving from pillar to post for lithium carbonate, but none of its brands were available in the market.

“There are some alternatives to this medicine but they are not effective as lithium carbonate,” said Iqbal Afridi, adding that pharmaceutical companies and the Drug Regulatory Authority of Pakistan (DRAP) were requested to ensure the availability of this drug as hundreds of patients are suffering due to shortage of this important medicine.

Another senior pharmacist, Salwa Ahsan, from Islamabad said the medicine lithium carbonate was not available throughout the country, adding that the cost of raw materials had gone up and companies were no more manufacturing them.

“Nine pharmaceutical companies used to produce these drugs but now none of the companies are manufacturing them. Officials in the local pharmaceutical industry claimed over 60 medicines, including those used for the treatment of tuberculosis, psychiatric illnesses, neurological disorders including epilepsy, anti-depressant medicines, anticoagulants (blood thinners), pain-killers, anti-hypertensive and several other essential medicines are not available in community pharmacies”.

A list of medicines available with The News and a survey of several pharmacies in Karachi, Lahore and Islamabad revealed that several important medicines for the treatment of TB, epilepsy, Parkinson’s disease, depression, cardiovascular disease and others were not available as pharmaceutical companies were not manufacturing them due to high cost of production.

“Some important medicines for the treatment and management of psychiatric disorders, especially the one for the treatment of attention deficit hyperactivity disorder (ADHD) in children, are also not available in the market”, a senior community pharmacist Arif Aslam said.

Qazi Mansoor Dilawar, the chairperson of the Pakistan Pharmaceutical Manufacturers’ Association (PPMA), conceded that several medicines were not available in the local market, as their cost of production had increased to the extent where it was not viable for manufacturers to produce the drugs and sell them at a price below the cost of production.

Officials in DRAP conceded that only eight medicines were short in the market due to supply chain issues, including problems in the release of the quota of controlled medicines, adding that their committee on shortage of medicines was trying its best to make these medicines available in the country.

“Due to issues related to release of the quota of controlled medicines and substances, some eight medicines are not available in the market but our officials are working with the ministry of narcotics control and pharmaceutical companies to end their shortage and make them available to people,” a senior official of DRAP said.