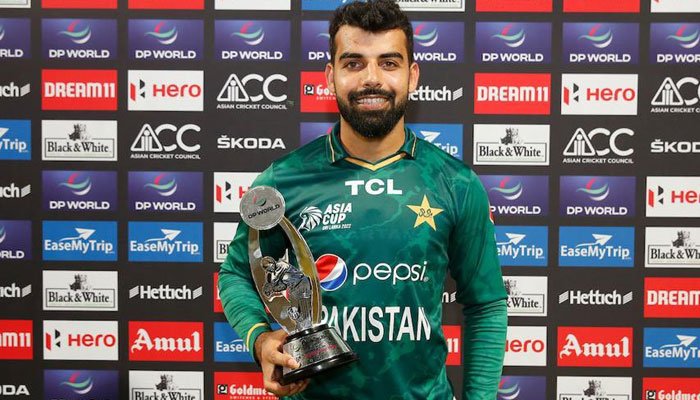 After Miandad, Afridi, people to remember Naseem for sixers: Shadab


Pakistan cricket team vice-captain Shadab Khan said that everyone will remember the sixes of pacer Naseem Shah henceforth after the fast bowler’s twin sixes guided the side to a win in a crucial nail-biter.

“After the epic sixers of Javed [Miandad] Bhai and Shahid [Khan Afridi] Bhai, the world will now remember the sixes of Naseem Shah,” the all-rounder said while taking to Twitter late Wednesday night.

Giving a positive message that he elicited from today’s match, Shadab said, “Never give up hope.”

“Despite the win, we realise that we made some errors and will try to work on them.”

He expressed his love for his teammates, fans and the entire nation. Towards the end of his message, he dedicated his Man of the Match award to his teammates and fans.

Shadab was rewarded for his brilliant innings of 36 runs and taking one wicket against Afghanistan.