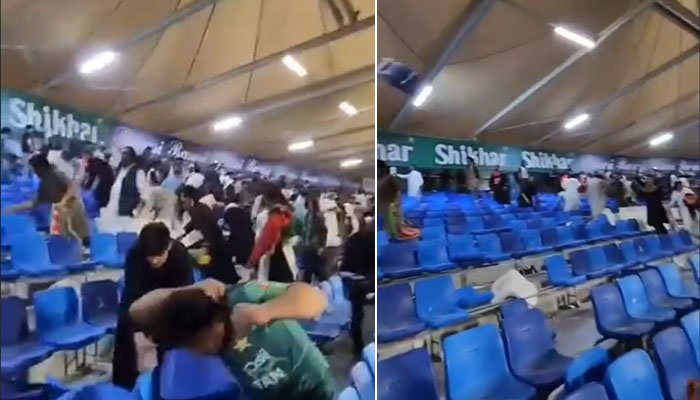 
After losing the match against Pakistan, Afghanistan’s fans were outraged in the stadium which led to attacks on Pakistani spectators.

Naseem Shah’s two sixes in the last over helped Pakistan secure a berth in the final game of the Asia Cup 2022 and send India packing in a low-scoring thriller.

However, fans of the Afghanistan cricket team lost control after the defeat and started vandalism in the stadium.

The video of Afghanistan’s fans’ violence and vandalism went viral on social media. It can be seen in the videos that Afghanis attacked and threw chairs at Pakistani spectators.