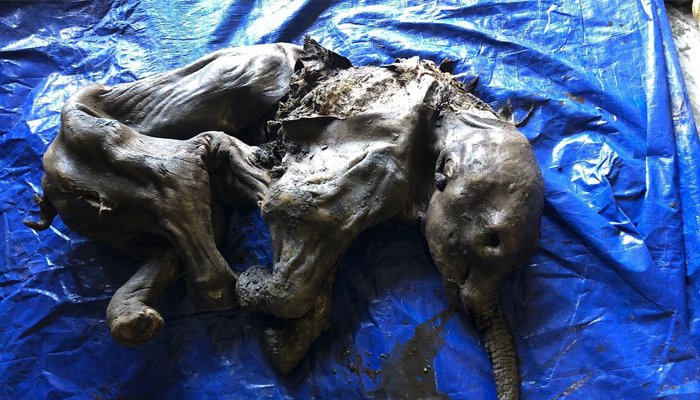 A gold miner found a baby woolly mammoth in the Klondike gold fields within Trʼondëk Hwëchʼin Traditional Territory of Canada.

Miners working on Eureka Creek uncovered the frozen woolly mammoth while excavating through the permafrost, a press release from the Yukon government said.

Geologists from the Yukon Geological Survey and the University of Calgary, who recovered the frozen mammoth on site, suggest that the woolly mammoth died and was frozen in permafrost during the ice age, over 30,000 years old, the statement said.

“The Yukon has a world-renowned fossil record of ice age animals, but mummified remains with skin and hair are rarely unearthed. Nun cho ga is the most complete mummified mammoth found in North America,” it said.

The statement added that a quick examination of the woolly mammoth suggests she is female and roughly the same size as the 42,000-year-old infant mummy woolly mammoth “Lyuba” discovered in Siberia in 2007.

“A partial mammoth calf, named Effie, was found in 1948 at a gold mine in interior Alaska,” it said.